What is Kanban and how do I use it? 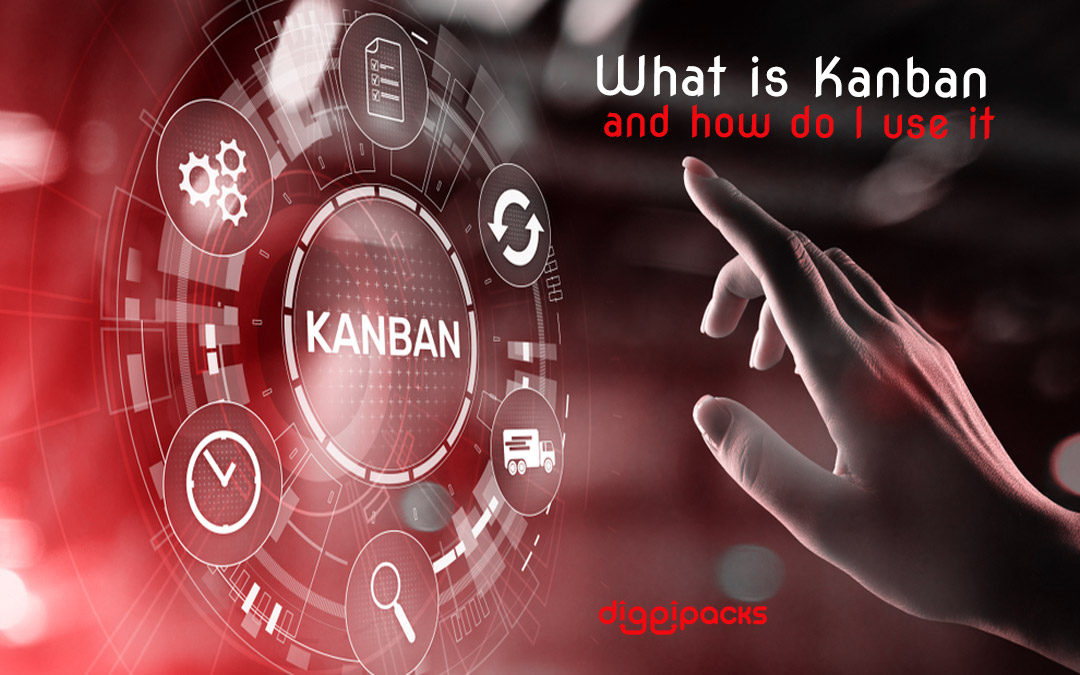 Kanban is a Japanese word meaning “board”, invented by an engineer working for Toyota in the late 1940s. was adopted as an agile framework for product development by improving transparency and communication between one team and raising efficiency by reducing Waste of time and material, framework was used by many software and marketing companies in early 2007, then framework spread as a way to increase performance among major companies in various industries, and in this article we will show you everything you need to know about Kanban.

is a method of workflow management that allows you to better visualize your business, in order to improve your efficiency. Kanban means nameplate or sign in Japanese and was originally used in the industry, having been first implemented at Toyota in the 1950s.

Since then, this method has invaded many sectors and has been adopted by many companies that want to improve task management among team members.

We can show how works through the following. The simple board consists of parallel columns, where each column includes the tasks to be performed, and most likely the columns are divided as follows:

If there is a process that consists of 4 tasks, the first column can be dedicated to the tasks to be accomplished, which are often requested by the management, the customer or the team leader.

The second column contains the tasks in progress, work or development, and the third column includes the tasks that have been completed and are waiting to be tested and to know their readiness for release as a working part of the final product.

While the last column contains tasks that have already been completed, the board can be customized and used differently, for example, we may include a column under review, a feasibility study column and so on.

Demand management as a critical success factor in your E-commerce

A kanban system is defined as a work management system, where tasks on a kanban board are divided into three or more columns depending on the nature of the work, and a kanban board enables teams working on the same product, project, or department to communicate in a collaborative visual platform over the Internet and thus reduces the use of Contact email.

And since all team members can see and follow up on tasks through this platform, individuals will be able to follow up on the work and know where the problems are and what are the causes of delays and delays, etc. This reduces the wasted time, and completes the work quickly, easily and highly and efficiently.

There are 5 types of kanban, and each type has a specific use. The following are the most important types :

It consists of a list of all the things that the part needs to be completed or finished, thus bringing those parts or materials required, along with the information contained in the withdrawal .

This clarifies what production system is required for the production process to begin, and what will be produced.

This type has another name, conveyance kanbans, and this type is used when a component has to be transferred from one production part to another.

This type is used in the event of defective parts that need to be replaced, or in the event of a sudden change in the required production quantity and thus the need to modify the plan.

This type helps to speed up the production process and save time, as it pulls the parts required in production when they are needed and operates them.

This type is used when a sudden shortage of production parts appears, and it is intended to speed up the manufacturing or production process as well.

A recipe for Kanban

is a magic recipe for success, through a number of steps that will inevitably lead you to success if you apply them correctly. Workflow:

All you need to know about smart lockers

What is a Kanban board and how to start using it?

Kanban is a pull system, where tasks cannot be pushed or imposed on a team or person if they are still working on many other tasks. Conversely, a team or individual can pull out new tasks after completing one of the tasks in a particular column.

In this way, no one can add any column task in progress before one of the three tasks moves to a column under test, and in this way we reduce the pressure on the development or manufacturing team so that this team focuses on specific tasks in progress instead of accumulating tasks that cannot be accomplished.